An alternative to shouting at each other

Earlier this month we saw farmer-protesters from Groundswell and climate-change-protesters from Extinction Rebellion shouting at each other in the streets. I’m all for people making their voices heard on the issues they care about, and protest is a valid way to do that, but is this really the best we can do? Shouting at each other in the street? Unfortunately, it seems that the current way we do politics is pretty limited and traditional political parties actually thrive on this kind of division and conflict, so they’re quite happy with the status quo.

We could develop a better way of doing politics which allows everyday New Zealanders to be part of the decisions which shape Aotearoa. We could use a process to help us listen to each other and understand each other’s viewpoints and then share our own views and values, and ultimately turn this into real policy. This would be taking responsibility for our country and its direction, rather than shouting at each other and politicians to fix things for us. 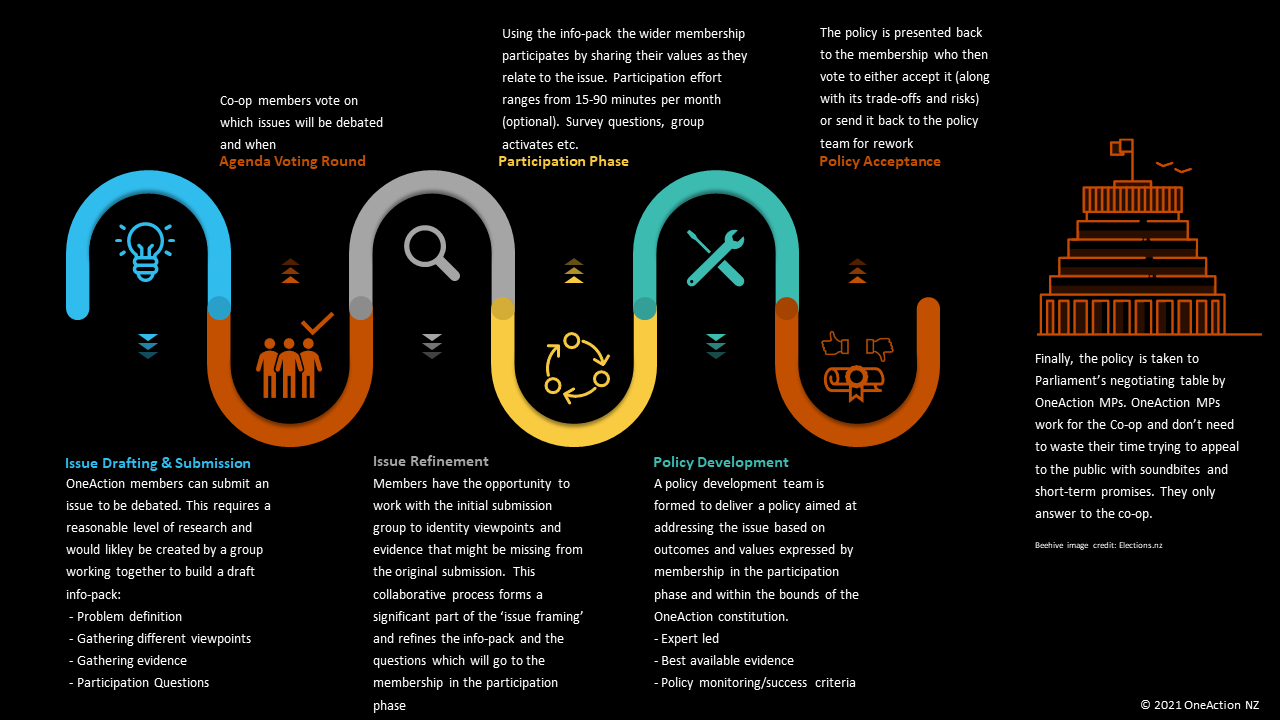 Evolving the way we do politics is entirely possible but it’s very unlikely that something like this is going to come from top-down status quo political parties and governments. If we think it’s worthwhile then we (everyday New Zealanders) will need to put a wee bit of effort into building new political vehicles from the ground up. This will require a desire to see Aotearoa New Zealand capture more of its enormous potential, and a (difficult) mindset change about politics, from one of combat to one of collaboration. A deliberate maturing of our political discourse.

The above policy flow is leaps and bounds ahead of shouting at each other in the street (or just ignoring where our country is going altogether) but for something like this to work, and be meaningful, we’ll need a membership of about 200,000 people who support the idea, and a smaller subset who will actively participate in defining and debating the issues to find common ground.

That’s it, that’s the idea. Why not? Join here, please share.